10 ways to look after your cat in the cold weather

It's important to take additional steps to look after your cat in the cold weather. Cats can ...

Are cats intelligent? It’s one of those questions which has been asked by owners since way back when.

However, the intelligence of animals can often be extremely difficult to read.

While some pets can be tough to train even in the simplest of tasks, there are certain aspects of their behaviour which is more impressive.

There’s no pet which is more difficult to read than the cat. Mysterious, silent and solitary, it’s easy to write cats off as being of relatively low intelligence, but is this really the case? 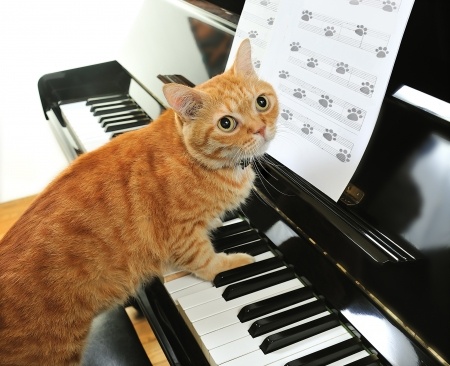 One of the reasons it can be difficult to judge the intelligence of different animals is that their brains are typically very different to those of humans. When it comes to cats however, there are a number of aspects of the brain which are surprisingly similar.

Cats have memories which work in much the same way as ours, too. Scientists believe that cats have both long and short term memories and can recall events that took place as long ago as 16 hours.

As with dogs, cats are less well endowed when it comes to their abilities to distinguish and process differences in colour.

Of course, the parallels between the brains of humans and cats can only go so far. While the structure of the brains appears to be somewhat similar in a number of respects, the ways in which cats make use of their facilities is really quite different.

One of the most striking sensory differences between cats and humans, and one thing which highlights the intelligence of cats, is the way in which they use their whiskers.

Cats’ whiskers are actually connected to their brain, being rooted in follicles which sit in highly sensitive muscle tissue. This allows them to act as an advanced spatial awareness system which can alert the brains of cats to object which they’ve yet to come into contact with.

Overall, cats’ brains are fairly magnificent things. Cats may not share the kind of traditional intelligence we take for granted as humans – vast memory recall, complex rationality – but they have highly advanced systems in place which have evolved to help them do what they need to do.

It’s fair to say that cats do have a mind of their own and are more intelligent than you might realise!

Your cat is more intelligent than you may think, but it’s important to protect your cat with Argos Pet Insurance provided by Pinnacle Insurance plc. Explore our cat insurance policies today.