Are pedigree dogs more likely to have health problems than crossbreeds?

Of the estimated 9 million pet dogs living in the UK, three quarters are thought to be pedigrees. However, pure bred dogs have always had a reputation for having more health problems than crossbreeds and mixed breeds, but is this really the case? Find out why makes pedigrees prone to illness by reading this article. 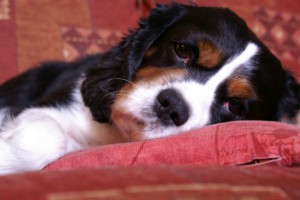 How did the problem start?

Some pedigree breeds of dog are more prone to certain medical conditions than others because over the past century or more, the main focus of dog breeding has been the appearance of pets, without enough consideration for the dog’s health.

It is believed that this lack of genetic diversity has led to a higher number of inherited disorders amongst some breeds, but also exaggerated physical features that have an impact on quality of life.

Which breeds are at risk?

The most likely pedigrees prone to illness can be grouped into the following categories:

While some breeds are at risk of rare disorders and conditions, others are increasingly common and can be found in many pedigree dogs. These include:

Brachycephalic actually means ‘short face’ and so this is a problem in many ‘short-faced’ breeds, such as Boxers. It can make it difficult to breathe and some can collapse through lack of oxygen.

This is an abnormality of the joints, and is usually found in the hip and elbow. Both types of dysplasia can make walking very difficult as it often causes lameness in the front and hind legs. This is particularly common in larger breeds such as German Shepherd Dogs and Labrador Retrievers.

Many dogs shake their heads and rub their ears if they have an ear infection, but it can also be a sign of this disease which causes the external ear canal to become inflamed and produce discharge.

There are different types of heart disease, including heart valve disease and dilated cardiomyopathy. The latter causes fainting and tiredness, and usually results in lifelong medication while the former causes coughing and breathlessness.

Are they really at risk?

Despite all the information on the health problems of pure breeds, research by the Royal Veterinary College suggests that pedigree dogs are no more at risk of common medical conditions than crossbreeds and mixed breeds.

It found that although there is a huge range of disorders in pedigree breeds, there is no significant difference in the prevalence of common conditions when compared to crossbreeds.

The study looked at the 20 conditions that are most commonly seen by vets, yet only three of them were found more in pedigrees: ear infections, obesity, and skin growths.

This may be true for common conditions, but it does not deter from the fact that some pedigree dogs are more prone to certain inherited health problems.

So, while your pedigree dog might not be more likely to suffer health problems, it could have a predisposition to certain inherited conditions.

How do I take care of my cat’s fur? Your cat’s fur can tell you a lot about their health. Want to know more about your cat's fur and how to look after it? Read more now. Read more