Catnip: Everything you need to know

Catnip is a plant that has a mildly euphoric effect on cats, often making them revert to a kitten-like, playful state. 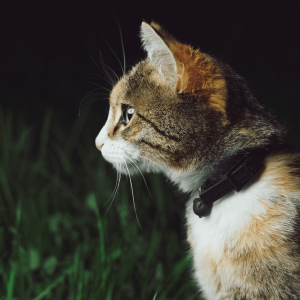 Some cat-owners might be concerned about giving their pet a plant that has such an effect, but there’s nothing to worry about. Here’s everything you need to know about catnip:

Nepeta Cataria, better known as catnip, is a type of herb that belongs to the mint family. When the leaves are crushed they release a feline attractant oil called nepetalactone. The scent of the oil is what causes the reaction, but cats bite the leaves to release more oil. The effects last for around fifteen minutes.

Is catnip safe for my cat?

Yes it is safe, if you use it in moderation! Too much may cause vomiting and diarrhoea so be careful. If this does happen, however, it is usually mild and transient but always be careful not to overindulge.

While it is usually just used as a play item, it also relieves stress in cats, causing a carefree attitude. It may be handy to play with during stressful times, such as returning from a vet trip.

It’s best not to overindulge your cat with catnip, saving it as an occasional treat. The effect will eventually wear off if you give it to your cat too often so we recommend just one playtime per week.

It is also safe for you and you can use it to soothe an upset stomach.

What is the best kind of catnip?

You can purchase catnip in a variety of ways. You can buy specially made toys containing the crushed leaves online or from shops. However, some cat experts warn against this as the plant’s stems can be used as toy filler, which are sharp and potentially dangerous if your pet bites the toy. Buying a refillable toy that you can fill yourself is a safer option than a sealed toy.

You can buy loose leaves from many pet shops and online stores, allowing you to control the amount you give at one time, or even make your own toys.

If you want to know exactly where your catnip comes from, you can grow your own. Be careful though – you might have all the neighbourhood cats eating it!

My cat isn’t interested in catnip, what does this mean?

An interest in catnip is hereditary and has an effect on 50-75% of cats. It doesn’t tend to affect kittens either, with reactions usually seen in cats aged six months or older.

If your cat seems to have lost interest in a toy they once wouldn’t leave alone, it might be because all of the oil from the leaves has been released. You may need to refill the toy with fresh catnip or replace it altogether.

Now you have everything you need to know about catnip, remember it’s important to protect your feline friend with Argos Pet Insurance provided by Pinnacle Insurance plc. Explore our cat insurance policies today.